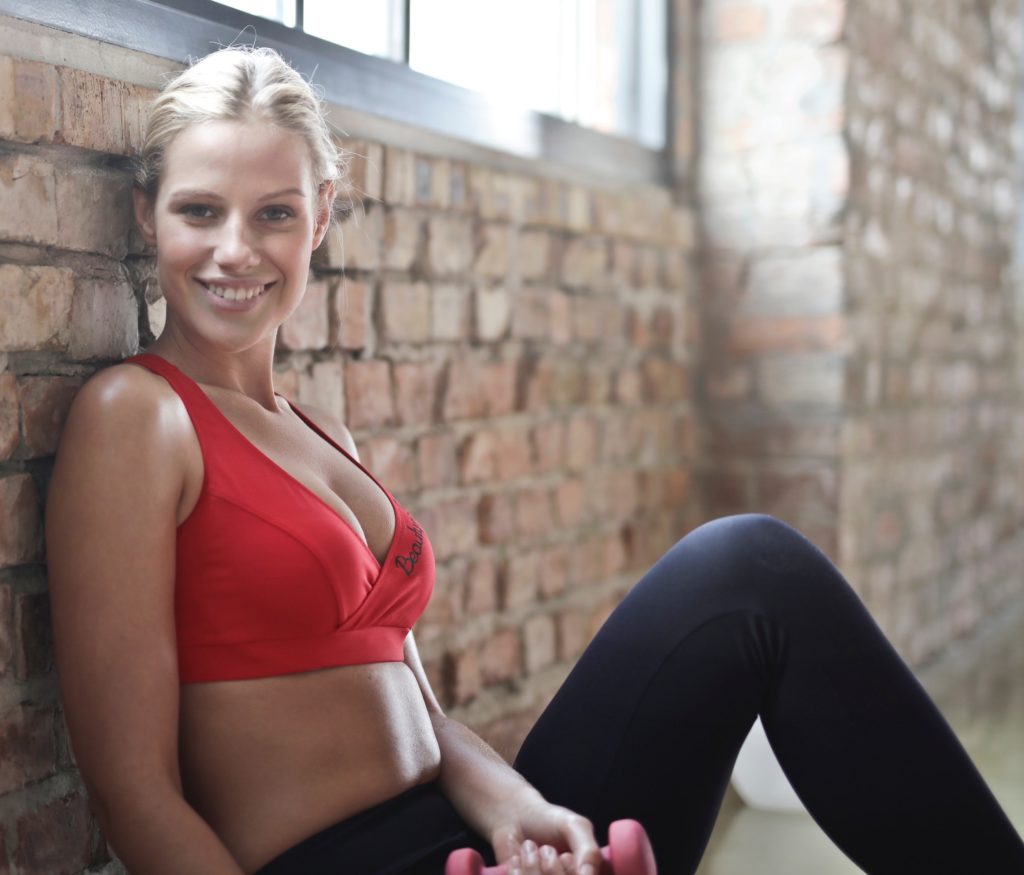 There have been many wild claims made about the CBD and its many health and wellness benefits. With the relaxing of laws across the globe and easier access to research and test this cannabis compound the evidence is piling up about the many positive benefits of CBD. Below we will take a look at 12 powerful benefits of CBD oil.

“Marijuana (cannabis) has been used medicinally for centuries. It has been shown to be effective in treating a wide range of symptoms and conditions.”
American Nurses Association

1. Anxiety and Stress
For long cannabis enthusiasts have ironically used cannabis as a relaxant and easy way to de-stress. Before the broadening of cannabis laws and “Cheech and Chong” activism days many cannabis smokers were considered lazy and not willing to get up to much. In fact, cannabis use for anxiety was documented and appears in Vedic texts dated back to 2000BCE. Interestingly today there are many peer-reviewed studies that suggest cannabis is an excellent natural compound to reduce anxiety and stress-related issues.

A 2012 peer-review study of CBD concluded that CBD definitely does reduce anxiety in patients. A number of international research papers were reviewed in this study and the conclusion pointed out the there is irrefutable evidence that CBD works wonders on reducing both stress and anxiety levels.

2. Anti-inflammatory
One of the most common uses of CBD is for its powerful anti-inflammatory properties. CBD engages and activates the endocannabinoid system ( ECS ) throughout the body helping reduce inflammation in most bodily organs including the skin and joints. Inflammation is a symptom of many diseases and CBD use can help relieve inflammation very efficiently.
A study conducted in 2011 by researchers concluded that CBD use helped reduce intestinal inflammation through its control of the neuroimmune axis.

Our results indicate that CBD is a key modulator molecule that may interfere with the enteroglial-mediated interactions in an intestinal inflammatory environment. Its activity markedly focused on S100B protein downregulation, leads to a consequent reduction of intestinal damage occurring during acute and chronic intestinal inflammatory status and highlights the importance of glial cells control during these pathological conditions. (Source 2)

3. Pain Management
Next, to anti-inflammatory, pain management is one of the main beneficial properties of cannabis and especially CBD. The analgesic effects are almost magical and since most diseases or illnesses have symptoms of either acute or chronic pain, CBD is a great natural treatment many people turn to for their pain management needs.
Cannabis has been used for pain management by ancient and modern civilizations throughout the world. Although there are many reasons people use CBD, pain is one of the most common reason. Over 70 million people suffer daily from chronic pain symptoms in the United States alone. Chronic pain is defined as a condition someone suffers through for over 100 days per year. CBD is an excellent way to treat symptoms of pain and may be used in a variety of ways from orally through to vaping CBD.
Many studies have suggested that our ECS is both centrally and peripherally involved in the processing of pain signals throughout the body. CBD connects to these pain receptors and assists in inhibiting these pain signals. Many studies have been conducted through controlled trials on over one thousand patients proving the efficacy of cannabinoids for neuropathic pain.

“ The endocannabinoid system (ES) has recently attracted considerable attention. Experimental and clinical data suggest indeed a link between dysregulation of this signaling complex and migraine headache. Clinical observations, in particular, show that the levels of anandamide (AEA)-one of the two primary endocannabinoid lipids-are reduced in cerebrospinal fluid and plasma of patients with chronic migraine (CM) and that this reduction is associated with pain facilitation in the spinal cord.” (Source 3)

4. Depression and Mood disorders
Clinical depression is a major disease that affects millions of people worldwide. Many pharmaceutical drugs that are used in the treatment of the diagnoses often lead patients to have other symptoms such as withdrawal issues, restless leg syndrome, etc..

“CBD could represent a novel fast antidepressant drug, via enhancing both serotonergic and glutamate cortical signaling through a 5-HT1A receptor-dependent mechanism.” (Source 4)

A 2016 study reported that CBD exhibits anxiolytic-like properties and could be very suitable for treatment of neurological disorders, especially depression.

5. Sleep Disorders
It is generally regarded that Cannabis Indica strains relax people after delivery and Sativa strains give the consumer more energy. One thing is for certain cannabis and sleep have a very complex relationship!
In general, CBD taken a few hours before bed may provide people with a calming and relaxing effect for both the mental and physical body.

“ CBD is commonly used to address anxiety, and for patients who suffer through the misery of insomnia, studies suggest that CBD may help with both falling asleep and staying asleep.” (Source 5)

6. Protects and Heals Skin
The skin is the largest organ in the body and requires maintenance due to the daily stresses and strains we put it through including environmental factors such as airborne particles, heat stress, and UV radiation. The skin is very much part of our ECS and also contains millions of cannabinoid receptors that allow the body to interact with cannabinoids such as CBD. Using CBD oil as a topical treatment in the form of a balm, salve or cream may be a very effective way to treat skin conditions such as eczema and others. CBD is also a powerful antioxidant that may repair damaged skin caused by these environmental pollutants and free-radicals. The use of CBD for carcinoma-type skin cancers and melanoma skin cancers.
“ Cannabinoids are implicated in the control of cell proliferation, but little is known about the role of the endocannabinoid system in human malignant melanoma. This study was aimed at characterizing the in vitro antitumor activity of anandamide (AEA) in A375 melanoma cells. “ ( Source 6 )

7. Protects Bones
Crucial to maintaining strong and healthy bones, cannabinoids play a vital role in bone metabolism. Old bone material is naturally replaced with new bone material at a rate of about 10% per year. As we age and due to injury these natural processes might be reduced. CBD has been shown to reduce and block the enzyme that is responsible for destroying bone-building compounds in the body.

8. Maintains Brain Health
Cannabinoids are neuroprotective and therefore help maintain and protect a healthy brain. As we age the creation of new neurons in the brain reduces. New neurons are required to maintain a healthy brain as well as prevent degenerative diseases. This is the reason why new and healthy neurons need to be created. A 2008 study showed that low doses of CBD and other cannabinoids encouraged the growth of new nerve cells in the brain on animal studies. CBD also helps prevent nerve-related diseases such as Alzheimer’s.

CBD acts in some experimental models as an anti-inflammatory, anticonvulsant, anti-oxidant, anti-emetic, anxiolytic and antipsychotic agent, and is, therefore, a potential medicine for the treatment of neuroinflammation, epilepsy, oxidative injury, vomiting and nausea, anxiety and schizophrenia, respectively. The neuroprotective potential of CBD, based on the combination of its anti-inflammatory and anti-oxidant properties, is of particular interest and is presently under intense preclinical research in numerous neurodegenerative disorders. (Source 8.1)

9. Reduced Risk of Cancer
Cannabis and cancer have long been featured in newsworthy articles and many people claim that cannabis has saved them from cancer, if not rid them entirely of cancerous cells. If you do a quick google search about cannabis and cancer you will find many personal reports by individuals who have used cannabis and the claimed outstanding results.
Today we are seeing many studies proving the benefits of cannabinoids and the reduction of cancerous cells in both human and animal studies. It may really be true that “Cannabis kills cancer” in the near future.
“Cannabinoids possess anti-proliferative and pro-apoptotic effects and they are known to interfere with tumor neovascularization, cancer cell migration, adhesion, invasion, and metastasication. However, the clinical use of Δ(9)-THC and additional cannabinoid agonists is often limited by their unwanted psychoactive side effects, and for this reason interest in non-psychoactive cannabinoid compounds with structural affinity for Δ(9)-THC, such as cannabidiol (CBD), has substantially increased in recent years. “ (Source 9)

10.Lower Risk of Cardiovascular Disease
Atherosclerosis is a chronic inflammatory disorder that allows the body to progressively deposit atherosclerotic plaques or low-density lipoproteins. A 2013 study measured data from over 4000 participants and the results conclusively suggested that users of cannabis had higher blood levels of high-density lipoprotein (HDL-C), which is considered good cholesterol.
“A 2005 animal trial showed that low-dose oral cannabinoids slowed the progression of atherosclerosis. Researchers the following year wrote that the immunomodulatory capacity of cannabinoids was “well established” in science and suggested they had a broad therapeutic potential for a variety of conditions, including atherosclerosis.” (Source 10)
Interestingly enough a study conducted on animals in 2007 showed that cannabinoids had cardio-protective properties, especially during heart attacks. The same study further showed that both CB1 and CB2 receptors had beneficial properties for cardiovascular illness and better health.

“Both CB1 and CB2 receptors have been implicated in a number of cardiovascular processes, including vasodilation, cardiac protection, modulation of the baroreceptor reflex in the control of systolic blood pressure, and inhibition of endothelial inflammation and the progress of atherosclerosis in a murine model. “ (Source 10.1)

11. Reduced risk of Diabetes and Obesity
A study conducted in 2011 by the American Journal of Epidemiology based on 50000 participants reported from a survey of results that cannabis users have the following benefits of using CBD:

What was interesting about these findings and what common sense would say is true, cannabis users tend to have a higher calorie intake than non-cannabis users and this effect is commonly known as the “munchies”.
“ The adjusted prevalences of obesity in the NESARC and the NCS-R were 22.0% and 25.3%, respectively, among participants reporting no use of cannabis in the past 12 months and 14.3% and 17.2%, respectively, among participants reporting the use of cannabis at least 3 days per week.

These differences were not accounted for by tobacco smoking status. Additionally, after adjustment for sex and age, the use of cannabis was associated with body mass index differences in both samples. The authors conclude that the prevalence of obesity is lower in cannabis users than in nonusers.” (Source 11)

12. Overall Health and Wellness
Our bodies seemed to have been designed uniquely connected to cannabis and its properties. The reason for this is our ECS which comprises of our immune and central nervous system that used for binding and interaction of phytocannabinoids. Our ECS is responsible for bodily functions and not limited to mood, memory, movement, and even appetite. Our ECS is also responsible for bringing these systems back into balance, a process known as homeostasis. This is one of the main reasons people are turning to CBD as a nutritional supplement for overall better health and wellness. 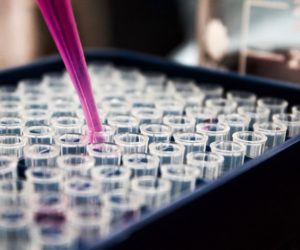 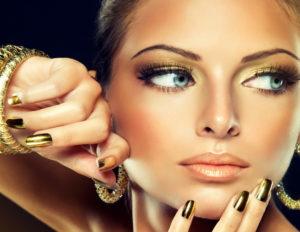 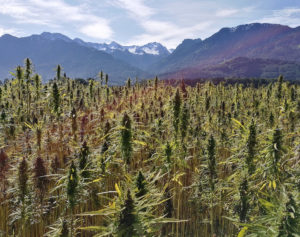 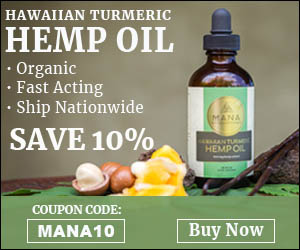